There really is no end to the surprising twists in the story of Captain Charles Melville Scammon.  His participation as "enforcer" during the Farallon Egg Wars being perhaps the least interesting of all his myriad adventures. 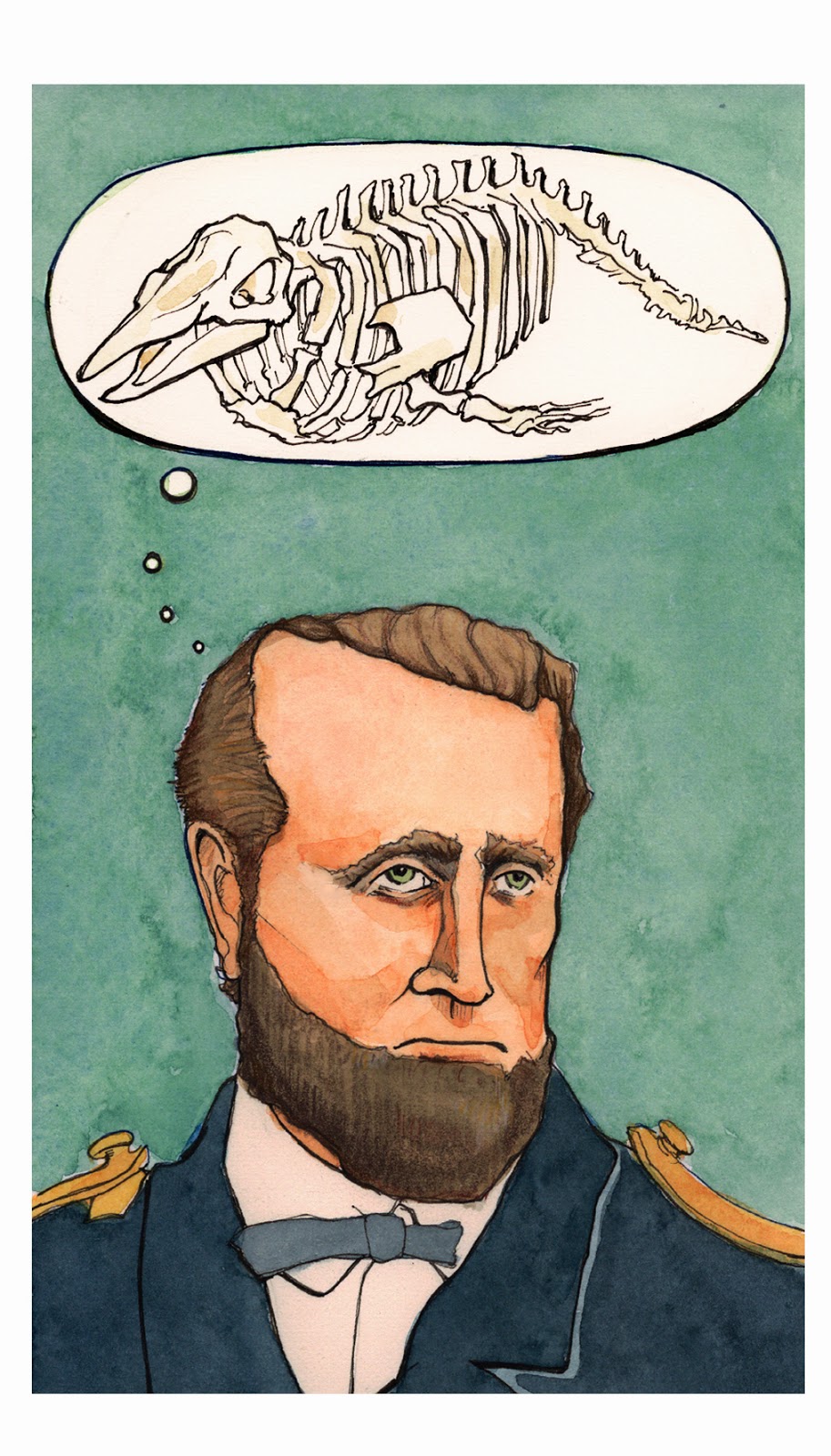 Through the boxes of Scammon letters at UC Berkeley's Bancroft Library, I hope to uncover, however partially, that mystery. And to shed light on Scammon's possible relationship to the work of Herman Melville, with whom he shares a nam (Per the learned men of The Melville Society, Charles Melville Scammon is "the very personification of Melville's Ishmael in Moby-Dick", who also goes through a transformation from a killer of whales to a great appreciator.)

In the meantime, there is this revealing tidbit from Dick Russell's 2001 opus, The Eye of the Whale, which is one of only three books I know of that discuss Scammon at any length. After giving some brief mention to Scammon's over-achieving older brothers (including heroic service in the Union army during the Civil War, founding of the Dearborn Observatory and of Chicago's first bank, and enough other accomplishments as to drive the notion of sibling inferiority complex to dizzying levels), Russell mentions that three of the six Scammon brothers were followers of an 18th-century Swedish scientist-turned-mystic, Emanuel Swedenborg.

That the three brothers, with all their scientific curiosity and prowess, would have any interest in mysticism is, frankly, mystifying. But as Russell puts it: "One of Swedenborg's most comprehensive works was The Economy of the Animal Kingdom, in which he described all of life as a marvelous unity, tautly structured according to a grand design."  (Akin to Darwin's larger theory as well as the humanistic ideals on which Darwin's theories were grounded.)

"Certain animals seem to have prudence and cunning," Swedenborg wrote, "connubial love, friendship and seeming charity, probity and benevolence, in a word, a morality the same as with men."

So perhaps it was through Swedenborg's mystical connection with the animal world that Scammon did force himself to wade through the killing bays of his own design, to lovingly measure the whales he had slaughtered, taking the first ever notes on whale anatomy - notes which hold up to today's scientific standards.

Bear in mind, when we judge this terribly flawed man, what the options were for sea captains in 1850's America. Transporting slaves? Transporting food to slave colonies? If you were a humanist, slaughtering whales to bring light to lamps was probably one of the kinder tasks you could be engaged in.

Cruel choice, it was!  But Scammon, it seems to me, was someone who toiled at his own redemption. How many of us in the modern world can claim to be doing the same?
Posted by eva chrysanthe at 11:45 PM